Ukrainian director Serhiy Loznytsia received a special prize from the Golden Eye Jury Prize at the Cannes Film Festival for the documentary “Babyn Yar. Context ", shot with the support of the Holocaust Memorial Center" Babyn Yar ", sharing first place with the documentary work of the Indian director.

Premiere of the film "Babyn Yar. Context "took place at the Cannes Film Festival on July 11 outside the main competition, in a special screening program. During the ceremony, the artistic director of the Babyn Yar Memorial Center, Ilya Khrzhanovsky, read a letter from Loznitsa to the jury and the Festival and accepted the award on behalf of the director.

Based on the documentary project of the same name, developed by Serhiy Loznytsia in collaboration with the Babyn Yar Holocaust Memorial Center, the film shows restored unique footage from Ukrainian, Russian and German archives: the first months of the war, burned villages and prisoners of war, explosions on Khreshchatyk tragic events in Babyn Yar. ATOMS & VOID was engaged in production. In Ukraine, the film will be presented by the Babyn Yar Holocaust Memorial Center this fall as part of events marking the 80th anniversary of the Babyn Yar tragedy.

The Golden Eye is a prestigious award given to essentially the best documentary film presented at a film festival. This award has been in existence since 2015, initiated by the Civic Community of Multimedia Authors led by Julie Bertucelli, and supported by the Cannes Film Festival.

Eli Grapp's film "Olga" about a Ukrainian gymnast who has to make a difficult life choice while Euromaidan is taking place in her country won the SACD Prize (Best Screenplay Prize) for the 60th anniversary Critics' Week. The film was shot in Ukraine in co-production of Switzerland, France and Ukraine with the participation of Pronto Film, producers - Maxim Asadchy, Sashko Chubko. The premiere was attended by the main actress of the film - a gymnast from Lugansk, a pupil of the Olympic College. Ivan Piddubny Anastasia Budyashkina.

In Ukraine, the release of the film "Olga" in wide cinemas is scheduled for February 2022.

Critics' Week is one of the most prestigious competition programs at the Cannes Film Festival. It was with Critics' Week in 2014 that Myroslav Slaboshpytsky's Tribe began its triumph - the film won the Grand Prix of the section and was highly praised by critics.

According to media reports. Photo: Ilya Khrzhanovsky / from free sources 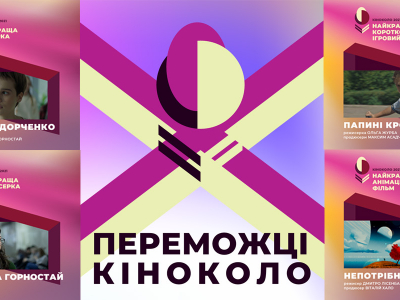 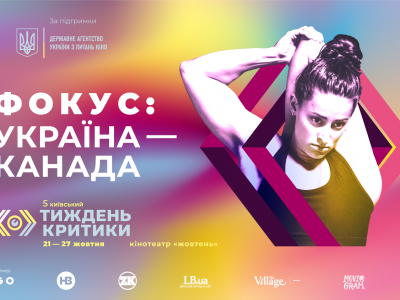