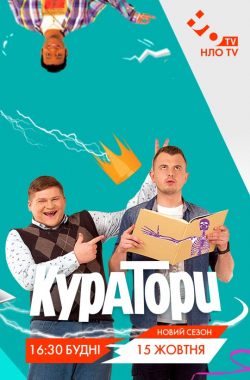 Due to the threat of expulsion from the university, students Tim Abramchuk and Bohdan Masliuk have to become curators for foreign students. At first, Tim does not want to do this at all, but later he meets a foreigner Emilia and immediately changes his mind. At the same time, other storylines begin to develop: student Obi's attempts to start a relationship with her neighbor Tamara, as well as conflicts between Tamara and her father.

Tim starts dating a new girl, Julia, and Amy realizes that she is not indifferent to him. Meanwhile, Obi and Tamara, who have already started dating, have to go through a difficult period of relationship, and at the same time "Deputy. dean's office "begins to use increasingly radical attempts to remove the dean from his post.

We Are Here. We Are Close