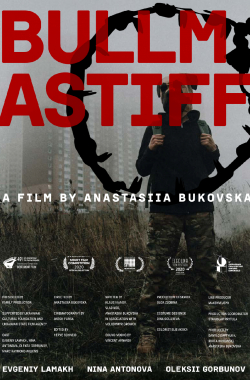 Mitia is a war veteran who is trying to return to normal life. He accidentally meets the lost bullmastiff called Roy. The relationship gets complicated at first, but in the end, it is Roy who helps Mitia to cope with his difficult past.

The film is part of the almanac of Ukrainian short films Ukrainian New Wave. Reboot.