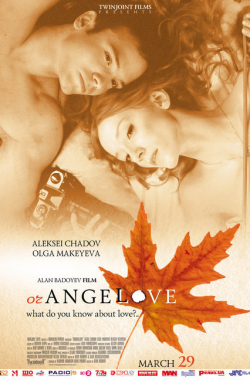 Heroes Katya and Roman are locked in a strange apartment in the heart of Kiev. Under the conditions of some mystical game, they should not leave the apartment until the death of its owner, who is in a wheelchair. Prize: this apartment and about 200 thousand euros. But autumn love changes in one moment with the thought of ... AIDS.

The one who dictates the rules must die from it. Outside the window, a revolution and Roman can't leave the apartment and see through the lens what's going on. The only connection to the outside world is letters. They are thrown under the door. In one of them, the results of analyzes that both heroes gave at the beginning of the tape. With the opening of the envelope, the romance evaporates instantly. The characters find themselves alone with the problem in a confined space.

Video from the movie